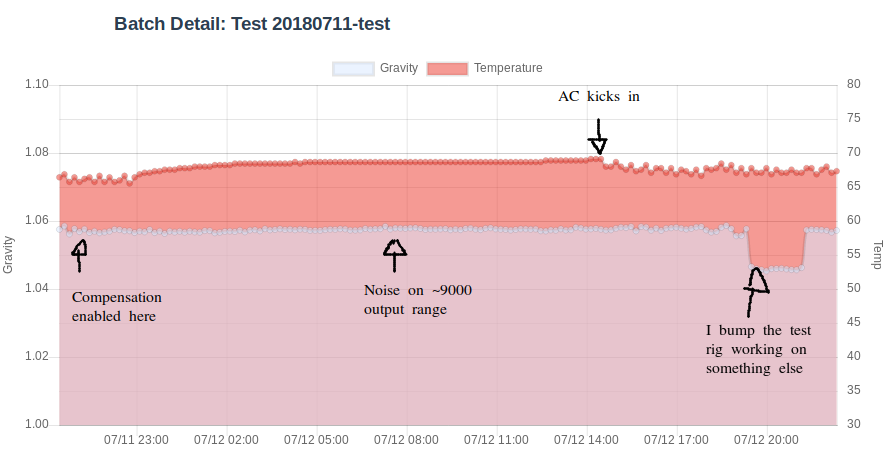 Quick one today. Here’s an annotated chart. You can see the effects of my programmable thermostat—the basement temperature stabilizes at about 11pm on the 11th, as the thermostat goes to nighttime temperature, then gets all jumpy again on the afternoon of the 12th, as the air conditioner kicks back in.

At the first arrow, I enabled temperature compensation, having recalibrated the test rig to read against an output range of 9000 (that is, the range to be expected with a 500g load cell and an 8.5g weight delta). The second arrow shows the typical noise—the line is much more wobbly than previously, oscillating within a range of about two gravity points.