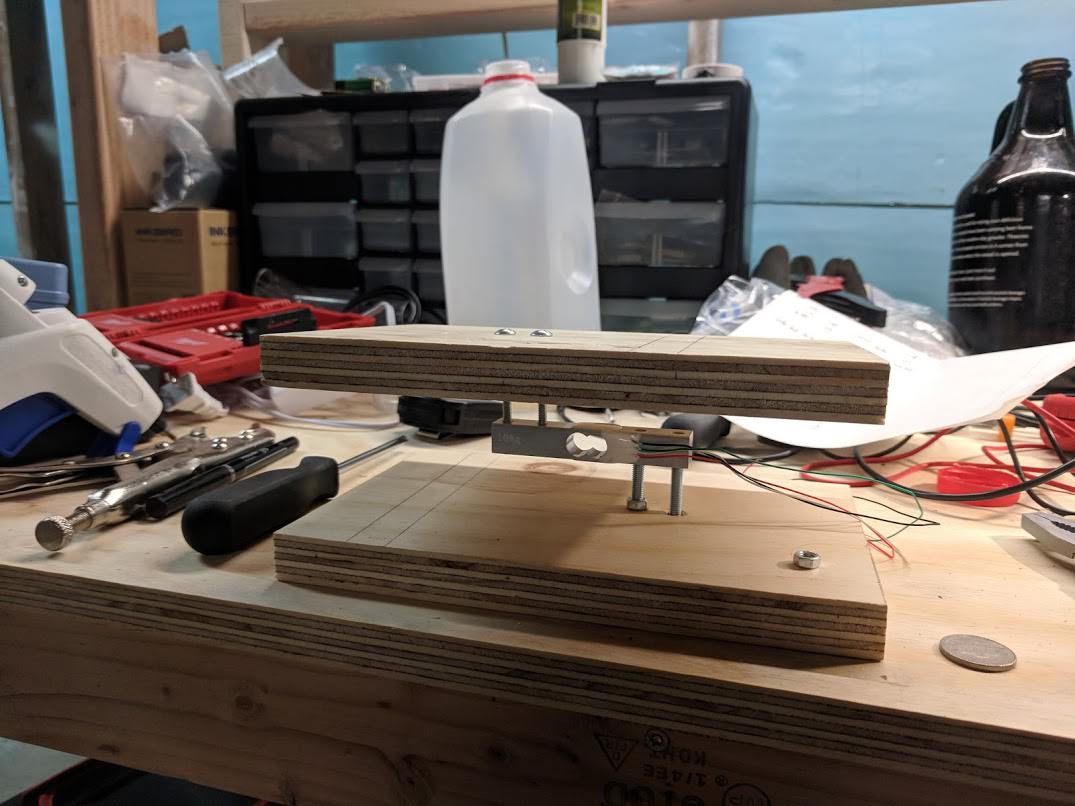 Libra Cervisiae has advanced from theory to prototype: I turned my 10kg load cell into a 10kg scale. Is it mechanically stable? Not as much as I’d like; that’s why my plan for the final version remains a four-cell, four-point scale. Is it accurate? Yes, it appears to be sufficiently so.

Currently, I’m testing for creep and temperature sensitivity. It would have been smart to write up a little script on my workbench laptop to log data there, but alas, I did not think of this until just now. Still, the output reading hasn’t changed very much with either time or temperature, which I consider promising.

An interesting finding is that the weight of the plywood weighing platform alone isn’t sufficient to load the cell enough for a stable reading. (As I understand, that’s a common but poorly-documented problem with load cells.) Putting a 50-gram screwdriver on the platform fixes it. In the final design, I’ll probably call for taping some nickels to the corners of the scale.

The next step is yet another software rewrite; this one is going to be a little more intense than the previous ones, because it has to support more on the built-in web app side: scale calibration, including zero point and calibrated mass, equipment-weight setting, tare, and the like. It also has to take a starting gravity and start time when starting a batch, so it can calculate volume and save the start weight for future delta calculations.

I also have to set up a mechanism for selecting which of up to two temperature sensors is for wort, and which is for load cell compensation, but that’ll come later. My aim at present, with the scale finished, is to do the following:

I can readily do a half-gallon test fermentation, and may be able to do a 1-gallon test fermentation. In the former case, I’d expect a fairly wobbly line; the required resolution there is about 1.9 grams per gravity point. In the latter case, it’s 3.8 grams, which should be pretty close to on point. I’ve borrowed the refractometer from the homebrew shelf in my buddy’s utility room, so I’m pretty much set to go.

My first prototype circuit boards should, as I keep on saying, arrive in the next week or so. I think I want to try my hand at assembling one, even though the design has changed (both because of the battery change and the move to the scale). That should give me an idea for how easy it is.

The new PCB design is pictured below. 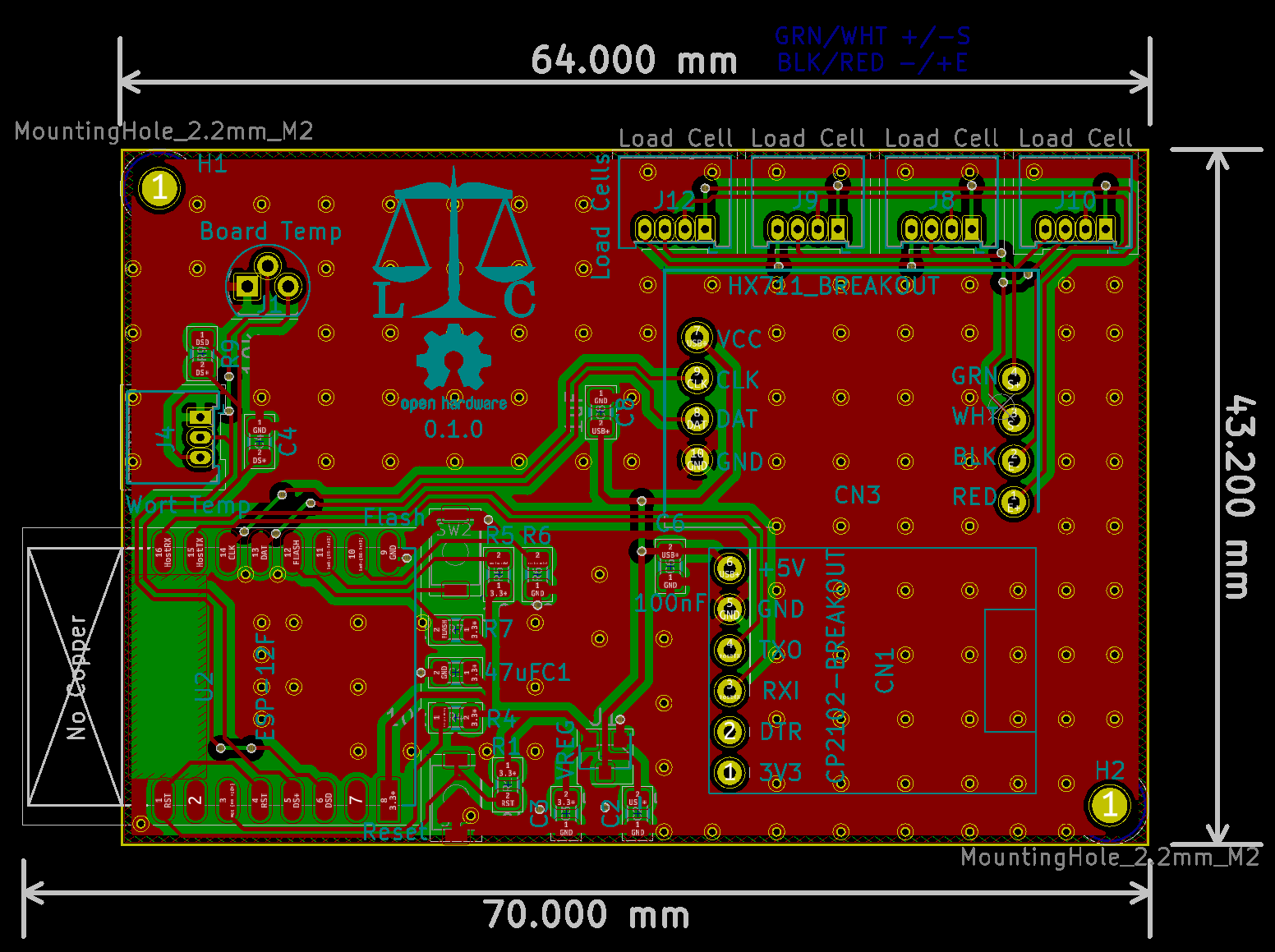 Removing the battery circuitry and breakout board makes for a much cleaner design, and a moderate reduction in component count. That’ll make professional assembly cheaper and DIY assembly easier.