Redesigning the board for the ESP32 was a good chance to make some larger design changes. The biggest, most obvious one is the rounded corners, along with the increase in size. This is to fit a specification, the Sick of Beige 80mm x 49mm board, for which I had hoped cases would be available. It appears they are not, but at least it’s a spec I can design to.

This is the canonical simple 8049 case: 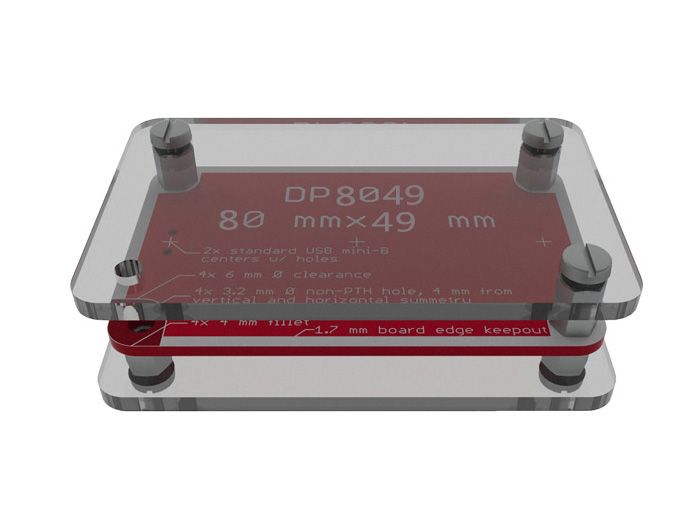 Seeed Studios used to sell them for $3, but they’re out of stock now. I’m sure I could find someone to knock out the top and bottom plates for me; it’s not at all a complicated job.

The next design change flows out of a desire to support cases in the future: 90-degree pin headers (not pictured). The temperature sensor pin headers move to the same edge of the board as the load cell headers.

I added a third button to force a boot into hotspot mode, rather than doing a double reset detector. The only way to do that on the ESP32 would be to use the internal flash, and I don’t want to do any more writes to the flash memory than I absolutely have to.

Lastly, I changed the trace routing somewhat, favoring straighter lines, smaller runs on the bottom layer of the board, and thicker power traces.

I expect this revision of the board to be the basis for 1.0.0. A future 2.0.0 might eliminate the breakout-boards-on-pin-headers paradigm altogether and go full surface mount. That would open the door to full assembly in one of the overseas shops, since there’s no longer a tricky two-step process. It would close the door to all but the most dedicated hobbyists, however; it may be possible to keep both versions of the board around at the same time.

A final revision might be to use the Raspberry Pi’s board dimensions instead, which would then open up a whole world of cases. It is notably less simple than the 8049 spec, however.