Three bits of news for you.

We were already aware of the load cells’ temperature sensitivity. What I did not foresee was the importance of cooling mechanisms beyond simple radiative and convective effects in the air. It turns out evaporative cooling, for instance, makes an enormous impact. 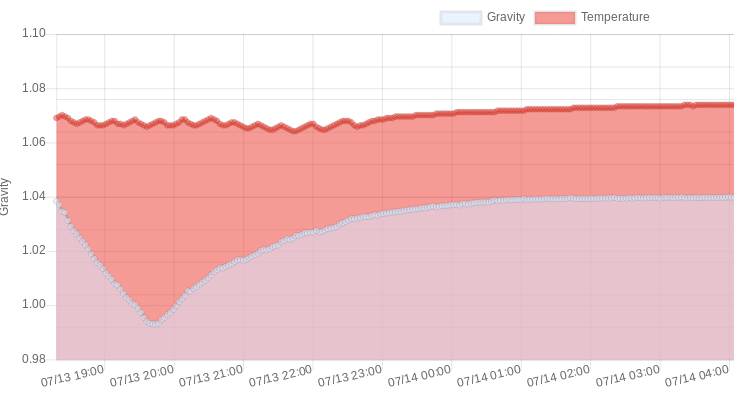 That’s the result of spritzing a load cell with room-temperature water. (It may also be partially a resistive effect, but I wouldn’t think the curve would look like that if it were water interfering with the load cells.) The measured gravity dips by 40 gravity units over the course of an hour and a half, then recovers over the next four or five hours to the initial point. Evaporative cooling, the same fundamental principle that makes sweating work, explains this well: linear cooling as the water evaporates, followed by a logarithmic approach back to the ambient temperature.

Is it going to be a problem in production? Time will tell. I suspect it won’t be nearly as dramatic, in part because the load cell will usually be dry, except following very high krausen or blow-off, and in part because the temperature and humidity inside the fermentation vessel seem likely to be more or less inconducive to evaporation.

Another option would be moving the sensor out of the fermentation vessel, where we can control the conditions a bit better, but that has a few problems: first, it gets much closer to the BeerBug patent, which I’m trying to avoid; second, it requires designing an airtight enclosure for the sensor, and third, it needs some way to mount an airlock without allowing contamination inside the sensor enclosure. Those are difficult design problems.

I went ahead and ordered some prototypes of the Pendulum PCB. 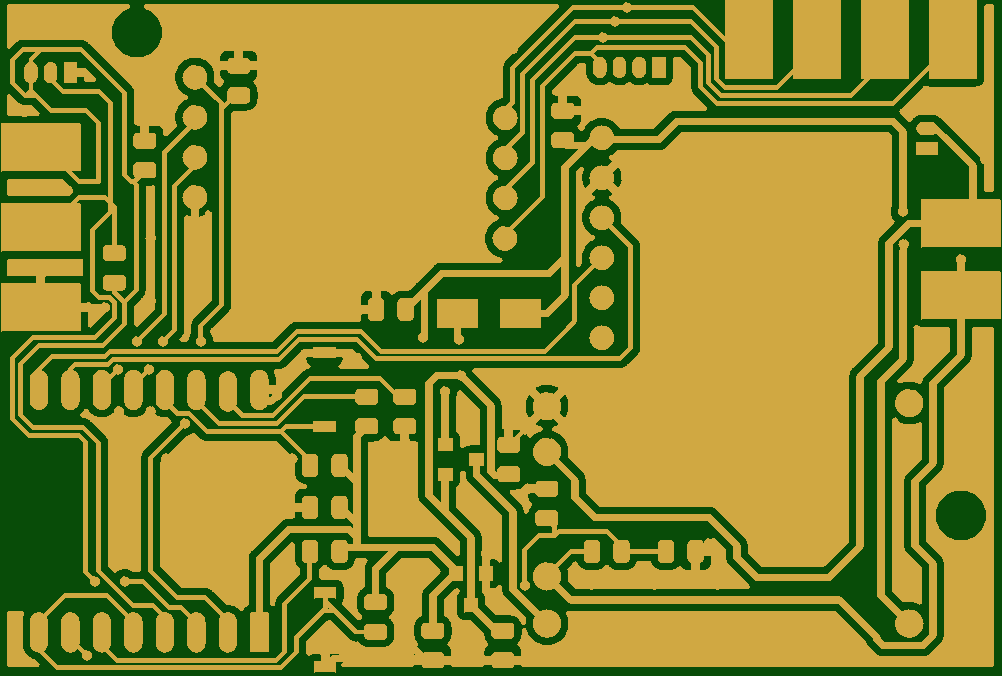 Just look at that gorgeous copper layer. Anyway, those should get here in 2-3 weeks, along with the rest of the parts required to put it together. This design is not ideal if I have to switch to the fermentation vessel scale approach, but it should be versatile enough that I can at least make it work.

Early on, one of my concerns was creep—the change in sensor reading over time when a load cell has a heavy weight placed on it. It appears those concerns were mostly misguided. After adding temperature compensation, the creep is very minor at the scale we’re looking at. 20% of the full-scale weight seems to yield about 0.002 gravity points’ error, which can probably be corrected for.